NOTE: questions surrounding Sheriff Robert Arnold and corruption have been long standing. Please review the first three parts to this ongoing issue to get the full backstory. Part I, Part II, Part, III. 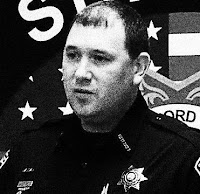 First I would sincerely like to say that I'm glad no one was hurt and Rutherford County Sheriff Robert Arnold's family is fine.

On Monday night, Feb. 15, 2016, shots rang out near Sheriff Arnold's home. The perpetrator is still unknown, but when asked about possible motives, the Sheriff pointed to Beyoncé's 2016 Super Bowl halftime show, claiming “Well, you have Beyonce’s video and how that’s kind of led over into other things, it seems like, about law enforcement.”

The idea here is that this video was so violent in intent and has been so persuasive that it has led people to go and kill cops makes little sense. It puts me in mind of another video that was blamed after the deaths of four Americans in Libya.

Sheriff Arnold was no doubt contemplating the so-called "war on cops". However, The Washington Post has shown that police deaths have been falling for decades, with 2015 being one of the safest years ever.

The fact that no bullets even hit his large house, shows that whoever did this was trying to send a message, not kill (if Sheriff Arnold was even the target, it's unknown what exactly was being shot at or where exactly the bullets came from). That said, there's never a good reason to send a message with a gun, nor to try and take vigilante justice. But what could have been the motivation? After years of abuse and corruption, could there be even more reasons for people to be upset with the Sheriff and the Sheriff's Department?

On January 30, 2016, inmate Jonathan Maxwell was found dead while in the Rutherford County jail. He didn't just die though, he hung himself with a phone cord. One has to ask, where exactly were the officers? And what steps did Sheriff Arnold take to prevent this from happening again? Whatever the RCSO might have done, it wasn't enough. A week later, Michael J. Murray also killed himself while in police custody.

Those are just the latest horrible events to occur at the jail. In 2014 Robert Lee Johnson was arrested. Two months later he was found unconscious in his cell after being badly beaten. His family is suing the Rutherford County Sheriff's Department for $20 million. Sheriff Arnold has already lost several lawsuits and cost taxpayers hundreds of thousands of dollars as a result.

On top of deaths and beatings, there is growing concern over the health and safety of inmates. Staph infections are very common, leaving some with half of their body covered in sores. There are also problems relating to mental illness and the ongoing overcrowding situation.

The idea that a music video could be the only reason for someone to be angry at Sheriff Arnold is absurd. 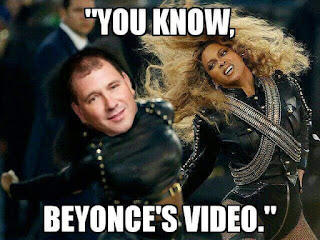 The group Tennesseans Against Corruption, founded by Steve Lane, Joe Liggett and Jacob Bogle, demand Sheriff Arnold's resignation. Not only has he lost the confidence of the citizens of Rutherford County. Not only has his administration overseen immense suffering. Not only is Sheriff Arnold under multiple investigations for corruption. He has now shown that he has lost touch with reality, subjecting our county and the many wonderful employees of the Sheriff's Department to national ridicule.

Please voice your support by "liking" our Oust Sheriff Arnold Facebook page and please sign our petition demanding his resignation.