NOTE: this list will be updated periodically as new information comes to light. This is a very fluid situation and will require continued attention. For additional updates, please visit the Tennesseans Against Corruption Facebook page on the matter. 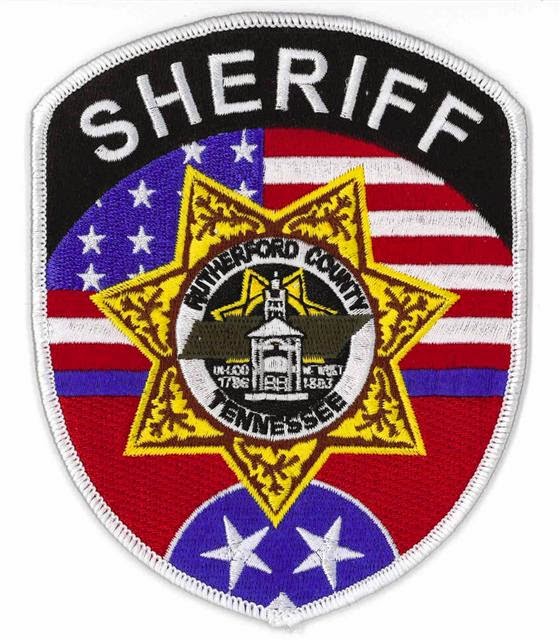 The Rutherford County Sheriff's Office has 343 full and part-time employees with another 154 or so working at the jail. No one is perfect. No doubt, if you looked at everyone you'd find something negative, a parking ticket perhaps or they were late paying taxes 10 years ago. However, under Sheriff Robert's administration, there seems to be a pattern of hiring and re-hiring people with severely compromised pasts.

Giving someone a second chance is reasonable under normal circumstances, but working in law enforcement is not a normal job. Law enforcement officers (LEOs) are the ones we as a society have granted permission to actually kill another person. They have the power to not only take a life, but to lock up another person and take their rights away, and they have the power to confiscate their property (without necessarily having to return it once the accused is declared innocent). If a mistake is made, they have the capability to completely ruin the lives of other people and their families. To whom we delegate this awesome authority, the bar must be set very high. Nothing short will suffice; after all, there's no second chances when it comes to killing or otherwise destroying the life of another person. The people we give this power to need impeccable moral fiber, integrity, and demonstrable sound judgement.

The following are several currently employed officers who were either fired or forced to resign under previous sheriffs or from other law enforcement departments (such as Murfreesboro Police) for criminal or other serious reasons, and then were later re-hired by Sheriff Arnold. It's important to remind everyone that the information below comes from publicly available sources (such as news reports and personnel files) and are about current government employees. This has nothing to really do with the people below (unless they're directly involved in the current situation), rather, this has everything to do with Sheriff Arnold and his apparent habit of hiring criminals to be the ones tasked with upholding the law and protecting us.


Given his connections to the current ethics complaint against Sheriff Arnold and the fact that he is in the middle of the ongoing inmate pepper spray incident, I will begin with Deputy James Vanderveer, whose parents own JailCigs. 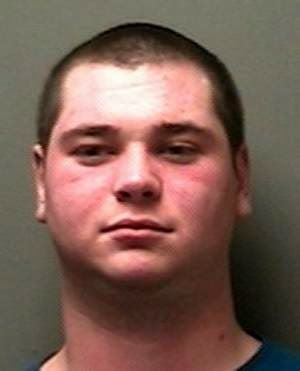 On March 7, 2010, Vanderveer (who is Arnold's nephew) was arrested in Cobb County, Georgia for possession of marijuana. He later plead guilty to disorderly conduct and was sentenced to community service. He became a full-time officer on Oct. 13, 2014, though he had been with the RCSO for several years prior. A waiver was filed, in connection with the Georgia arrest, with the Police Officer Standards and Training Commission (POST) so that he could remain in compliance with their regulations.

On Feb 7, 2012, Vanderveer resigned from the Sheriff's Office and then was arrested for DUI. He was then re-hired by Sheriff Arnold. So now, this officer has a history of both drug possession and DUI.

Then, in December 2013, Vanderveer placed inmate Demario Harris in a 4-point restraint (basically tying him to a chair so that he could not use his arms or legs), because, according to Vanderveer, Harris had been combative. However, after having Harris fully restrained and no longer a threat, Vanderveer proceeded to pepper spray Harris in the face. Harris is now seeking $300,000 in damages.

Despite all of this, Vanderveer is still employed by Arnold. 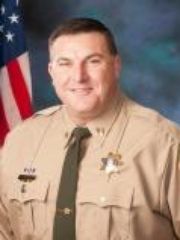 Major McBurney received a DUI and was demoted to serve in the detention center and received a three day suspension while working under former sheriff Truman Jones. Jones later fired McBurney after allegations of profiting off of evicting residents from rental properties and a bizarre incident involving his wife taking property from a rental unit. Under Sheriff Jones, McBurney was earning $31,430/year. Once Arnold was elected in 2010, he rehired McBurney and gave him a pay raise to $39,060. McBurney's pay was then increased in 2013 to $51,690 after being promoted to captain, and yet again in 2016 when he was made major - now earning $61,902. McBurney has also served as Arnold's traveling companion when he goes out-of-state to pick up extradited criminals.

When asked about this travel, Arnold said he considered it a "perk". He has faced criticism before from members of the County Commission relating to extradition cases. (2015 resulted in the need for $20,000 to be taken from a GED program to cover these travel expenses.) But back to Major McBurney.

McBurney seems to also have at least three Twitter accounts. He set up an account in 2010 with the Twitter name @tpm2b (which Sheriff Arnold follows) and then he created @tmcburney in 2011. That account has no tweets and only 5 followers. Of those 5, one is McBurney's current active Twitter account @tmcb811 (which he set up in 2012) and the other is his wife @ShereeMcB.

The 2011 @tmcburney account is blank except for his profile picture. 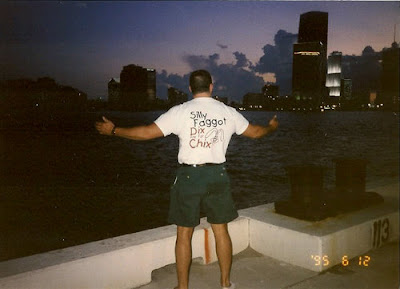 The shirt he's wearing in the picture says "Silly Faggot Dix Are For Chix". While this isn't illegal, it is incredibly offensive and distasteful - particularly for a public employee and officer of the law. One has to question why he chose this image (dated 1995) for his modern public profile (and since by 2011 he was back working at RCSO) and why he decided to create another Twitter account in 2012 instead of simply using the old one and while keeping that picture public? 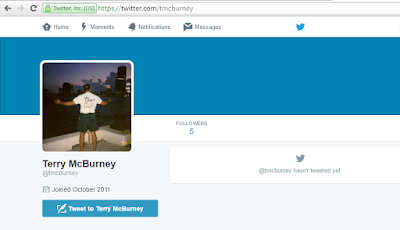 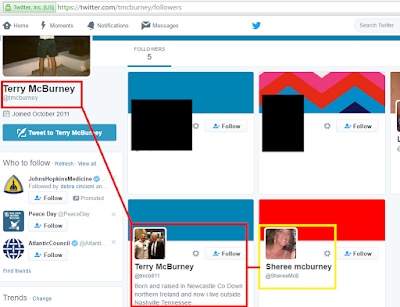 Horrible behavior seems to be a prerequisite to be rehired. 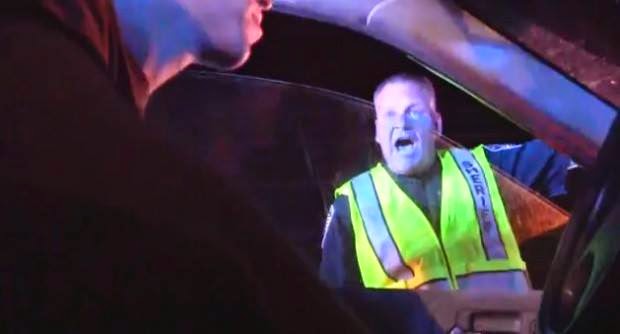 Deputy Ross (a "drug recognition expert") is perhaps most known for his role in the July 4th, 2013 DUI checkpoint incident during which he became enraged at local resident Chris Kalbaugh for asserting his legal rights. Deputy Ross then called a drug dog over to search Kalbaugh's car and allegedly found marijuana. However, Ross failed to arrest Kalbaugh and let him drive home. In other words, if we are to believe Ross' story, he let a drug offender drive home with no consequences.

After that affair, he was awarded "Deputy of the Year" by Sheriff Arnold in December 2013.

Prior to that, Ross was forced to resign from the RCSO in 2004 (under Sheriff Truman Jones) after failing to appear in court to testify when there were dozens of cases on the docket. His personnel file also shows that he lied about having insurance (when he in fact did not have it) after rear-ending another vehicle. Ross was rehired by Sheriff Arnold. Once again, we have someone who was forced to leave law enforcement for illegal activities being rehired by our current sheriff. 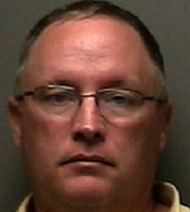 Andrew Messick was an officer with the Murfreesboro Police Department from 2010 to 2013. In July 2013, he and his wife were arrested for drug possession after a TBI investigation. They attempted to trade their TV to get hydrocodone pills (which the DEA has recently re-classified as a Schedule II narcotic, the highest level of prescription drug). He was initially decommissioned, though later, the MPD Chief of Police recommended that his employment be terminated.

According those working at the Sheriff's Office, Messick, a drug offender, now works at the detention center. 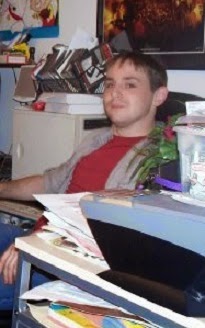 Finally, there's Kenneth Zook. In early 2010, under former Sheriff Truman Jones, Deputy Kenneth Zook was forced to resign after pictures came to light about a party he attended and his refusal to comply with the investigation (which included a drug test). Sheriff Robert Arnold rehired him and he still works for the RCSO.

The issue at hand wasn't that Zook was out partying and drinking, but that at the party were drugs of an unknown type, possibly marijuana, and that all of this was being done in a room with a young child (it was revealed that other children were at the party, but the photos only show one girl). This shows that Zook has very poor judgement in that, being a law enforcement officer at the time, he didn't seem to see any problem with a room full of adults drinking and drugging while a young girl was mingling in the mix. The World Health Organization has found strong links between young children being exposed to such situations and later growing up with behavioral and substance abuse problems themselves.

Here are some of the pictures in question. These pictures had been placed on MySpace at the time and were brought to the attention of Sheriff Jones. I have obscured the faces of everyone except that of Kenneth Zook. I have also tried to hide any unique markings on the clothing of the other attendees in an attempt to further shield their identity. (Click the pictures for a larger view.) 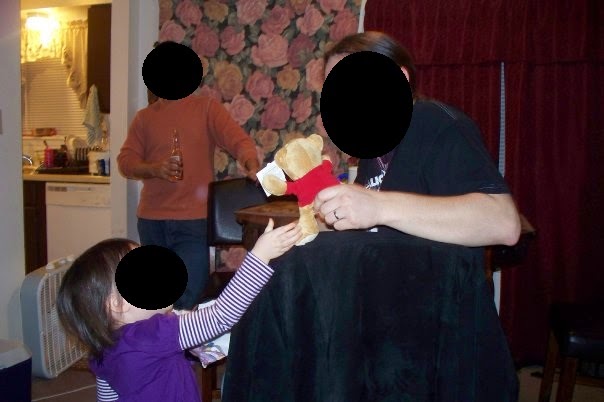 It was also reported to me, from a source (I'll call "Q") who wishes to remain anonymous, that in 2013, after having been re-hired by Arnold earlier, the Zook family was using his position in the RCSO to harass Q and intimidate Q into dropping a legal case. All of this (and more) was reported to multiple people in authority at the time, but as of yet, nothing has been done. As stated earlier, Zook is still employed with the department.

I called the RSCO about further questionable deputies, but at the time of publication I have not received a reply.

For continual updates, please take the time to visit: https://www.facebook.com/OustSheriffArnold
To review the beginnings of the Sheriff Robert Arnold controversy, please see this article.